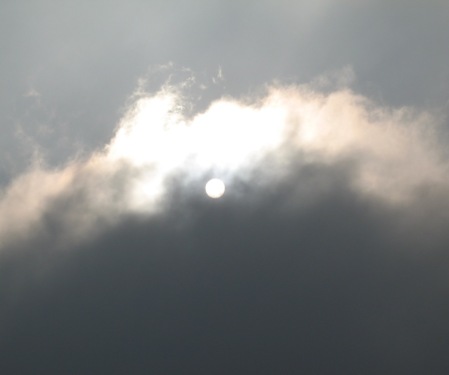 Sun Seen from Behind the Fog 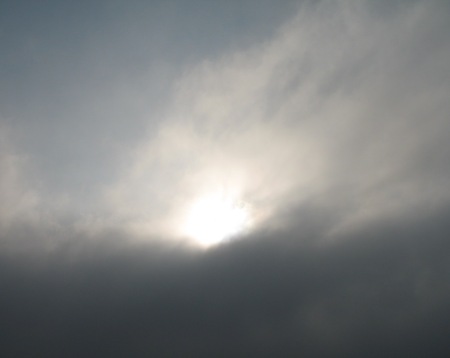 Foggy Sun of the Morning

And so it was colder again, but not nearly as cold as last week. 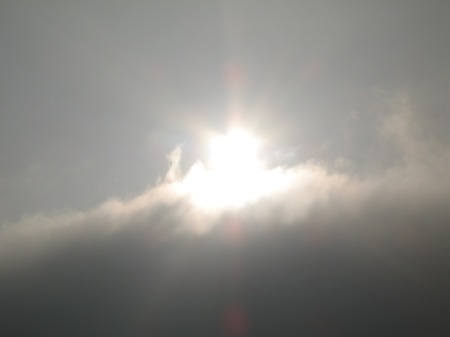 Doing Its Best to Shine Through

I had promised to visit Devi, one of the massage girls who’s story you might remember from last year…very poor family but lovely people and always nice to visit (if not somewhat difficult due to a language problem). So this morning a went first for breakfast and had another “cooking class” as Lalita, due to her health issues, cannot work and so she has asked her brother, a chef with 10 years experience to come help her out. Well, he made the most delicious parantha (she SAID he makes much better ones than she does when I first ordered it and worried that she would not be making it)…and so I asked if he could show me how he stuffs them, since mine always “leak” all over the place when I roll them out. So he did!. It seemed so simple when he did it and I will try his technique as soon as I get home.
I then spent some time at the internet and finally met Devi when she finished work at 1. (Sunday the clinic is only opened ½ day). And to my lovely surprise, Laxshmi was also coming (her kids went with grandma to a beach outside of Calcutta for the three week winter school vacation so she is really having a holiday!), and the also said that my lovely new friend Eli would also be coming and would meet us at ram jhula.
So we set off and from that moment, until Eli and I left 3 hours later, none of us stopped laughing! 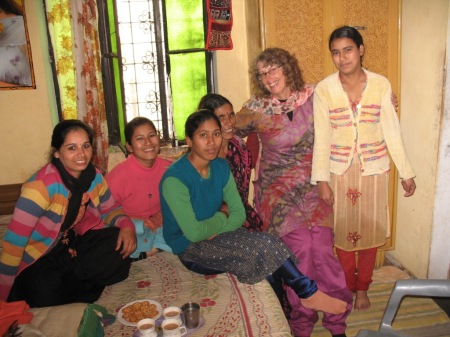 It was really lovely. We arrived to find a new END_OF_DOCUMENT_TOKEN_TO_BE_REPLACED