These are not local people from Rishikesh. You can tell by the style of clothing they are wearing

It is believed that meditation in Rishikesh brings one closer to attainment of moksha, salvation,  as does a dip in the holy river that flows through it. 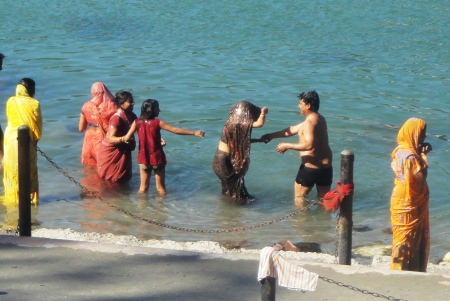 It is considered an abode of Gods, a place of worship and penance

colorful Saturday Tourists On the Way Down to the Ganga

Rishikesh has been the centre of spiritual and religious activities since ancient times. It is around Rishikesh where sages, seers or the rishis and munis in ancient times practiced severe penance and meditation. 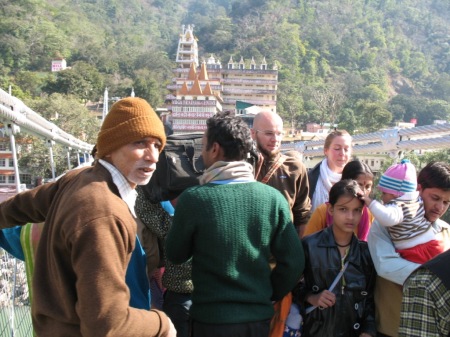 The sacred river Ganges flows through Rishikesh. It is here that the river leaves the Shivalik mountains in the Himalayas and flows out into the plains of northern India. Many temples, ancient as well as new, can be found along the banks of the Ganges in Rishikesh.  (It is also still pristinely clean-not having become polluted like the River in most places further South- coming straight down from the melting glaciers and so one is able to truly enjoy taking a holy bath or swimming just for fun – assuming you enjoy ice water!!  🙂 )

Rishikesh’s spiritual origins stem from Hindu mythology that Lord Rama was sentenced to penance at this spot, for killing Ravana the demon god of Lanka; the Laxman Jhula Bridge is named after Laxman, Ramas brother who is recounted as crossing the river at this point by jute rope. 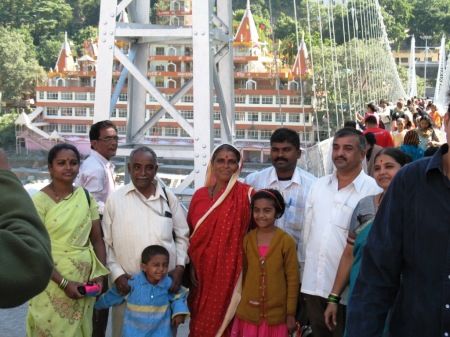 Rishi, meaning “seer,” was a name given to monks living in caves in the surrounding hills, holy men to whom the Vedas (Hindu scriptures) were originally revealed.

For these, and many more reasons, including breathtaking scenery, adventure sports such as rafting, hiking in the Himalayan foothills, fabulous food, and lovely, friendly people, Rishikesh is an extremely popular place for both family pilgrimages and just plain holidays.  People come from all over India to enjoy everything Rishikesh has to offer tourists, as well as for sacred pilgrimage and bathing in the Ganga…all at the same time!!  No matter when you are there, you will always see hordes of local tourists, and during Festivals, it is sometimes so crowded you simply cannot walk.  And of course, this is in addition to all the foreign tourists who come to relax, do Yoga, spend time in the numerous ashrams, meditate, or just chill out after frantically traveling through the “rest of India”!!

a day with friends in rishikesh

Hope you enjoy just a few photos of local tourists, as they are so more interesting and colorful to look at than foreign tourist. 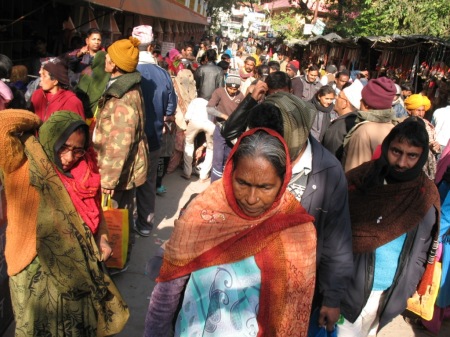 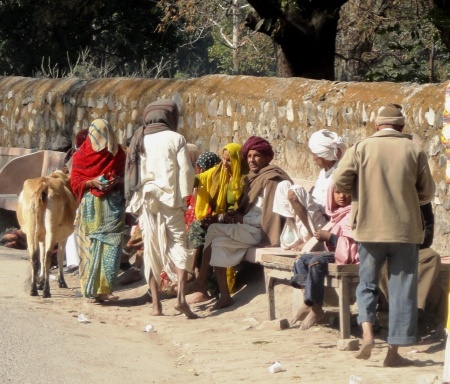 Can’t be a tourist without a camera!!

Family Outing including Sacred Dip in the Ganga